Get fresh music recommendations delivered to your inbox every Friday.
We've updated our Terms of Use. You can review the changes here.

by CIRCE :The Black Cut: project 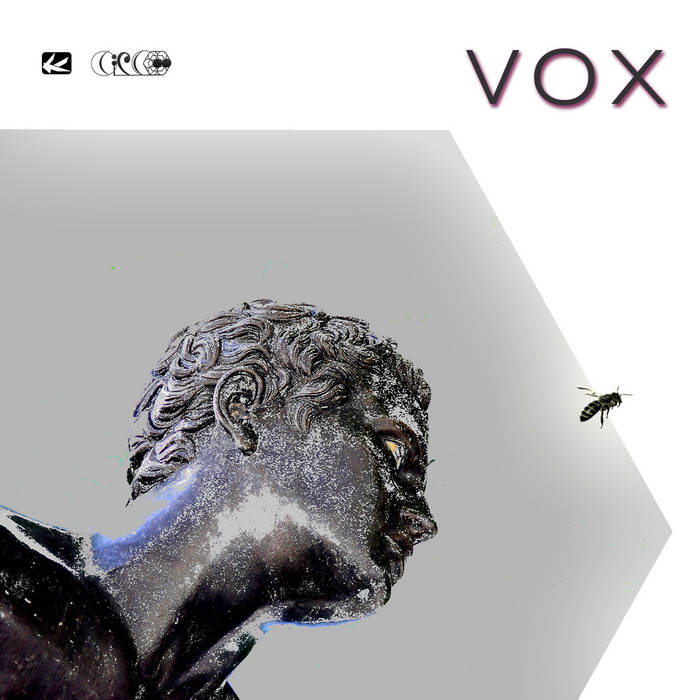 The album VOX [Voice; Sound; Call; Outcry] is part of the project « circe :the black cut: » and it is compiled by its founder and composer, Anna Stereopoulou. Being the second CIRCE Family Album (after the release of "Vuelo Libre" in December 2014), "VOX" consists of 28 tracks composed by the participants of CIRCE The Black Cut, as well as by the artists who responded to "The Women of the Great River" call-out /playlist of Claudia Wegener's RADIO Continental Drift; guest project of the CIRCE The Black Cut ~ 2nd Presentation (2015).
The 2nd phase of the project (2015), offers "Bees" to all participants, as the new Theme connecting all existing sources of inspiration. Through the present compilation we are invited to join the outward motion which is mostly achieved by the exploration, the acceptance and the unity of opposites. The theme of "Bees" suggests awareness about these essential to the ecosystem, flying insects, and the numerous threats they are exposed to (habitat loss, pesticides, etc.), as well as a paradigm to learn from their way of life, work and communication, in order to become more open and express our Voice, louder and wider, by exiting any kind of cell, which we are forced -by others or by our own selves- to live in.
Thus, the transition from the compositions of the CIRCE The Black Cut participants, to the remixes of the artists responding to "The Women of the Great River" playlist, represents the voyage of an out-cry, wrestling to travel, beginning from our roots and our most inner places, through various bee voices helping us to kill our egos, by crossing the "river" or any kind of barrier and expose our feelings free to light.
The album is available on Seven Moons (which is supporting the project since its launch, March 2014) as Digital Format and Free Downloading.
Album Cover Images by Dom aka Kyriakos Sakellaris ["The Wrestler" Sculpture (detail), Syntagma square (Athens, Hellas) and "Bee" (detail), Skopelos island (Hellas) /[variation of "Fatal" photography artwork, presented at the CIRCE The Black Cut exhibition (December 19-22, 2015, Athens, GR)].
Album Cover Layout by annAStereo.

Information [Full Credits + Digital Catalogue] about the 2nd Presentation of CIRCE The Black Cut ~ 2015 is available on the following link: wp.me/p2zRWp-yv

Information about "The Women of the Great River" playlist and Claudia Wegener's Radio Continental Drift: radiocontinentaldrift.wordpress.com/2015/08/15/the-women-of-the-great-river/

ABOUT 7MNS Music.
Sevenmoons Music was born on the year 2012 with the idea of promoting music projects and sound artists within the ambient, modern classic, electro acoustic, drone, sound experimentation and all the other styles out of the electronic music that are less conventional.
sevenmoonsmusic@gmail.com ... more

Bandcamp Daily  your guide to the world of Bandcamp

Hath frontman Frank Albanese stops by on a supersized, year-in-review edition of the Metal Show.